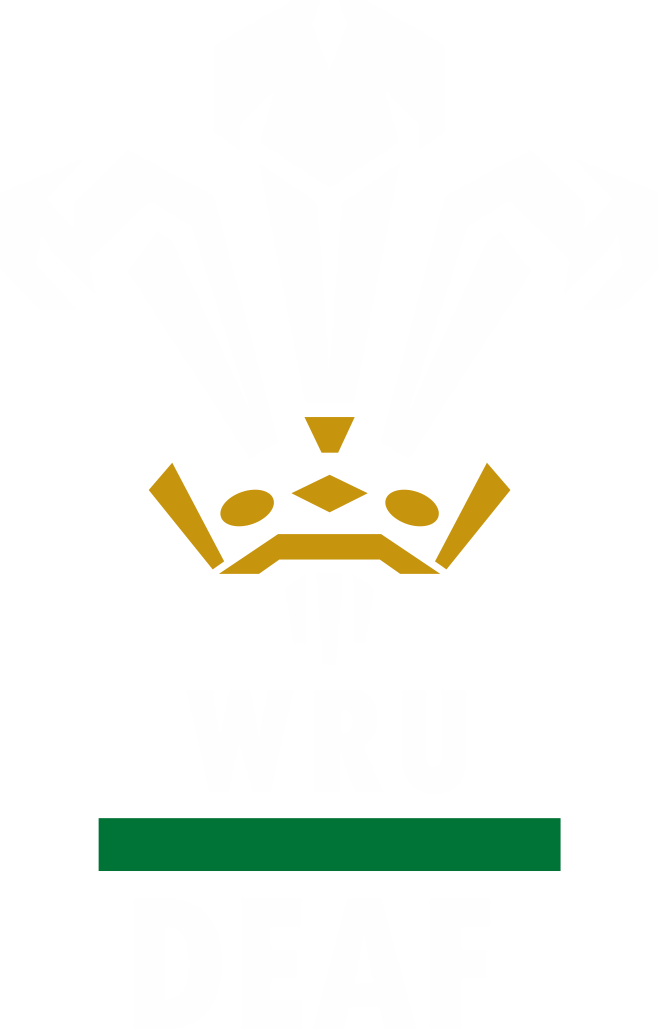 The early days of Wales Deaf Rugby began back in 1995 when during a meeting at Swansea Deaf club, boys discussed their love of playing rugby. From this, Swansea deaf rugby club was formed.

Coincidentally, Deaf boys from Newport Deaf club were thinking along the same lines and subsequently set up their Deaf rugby club within Pill Harriers Sports and Social Club in Pillgwenlly, Newport and called themselves Pill Harriers Deaf Rugby Club.

Swansea Deaf and Newport Deaf rugby teams played each other for the first time in October 1995 in Tredegar Park, Newport, with Swansea winning 52-0 and the return match was played in Loughor RFC in March 1996 and the result was 26-0 to Swansea. More matches followed and deaf rugby players and spectators alike enjoyed the game.

As deaf club rugby continued to grow it was agreed by both clubs to establish a formal Wales Committee structure in October 1996 to attempt to further enhance the game of Rugby in the deaf community and promote development and awareness of our teams.

From this Committee, a Constitution and Rules of our Organisation was written, including the creation of a Membership scheme. Wales Deaf Rugby Football Club was born and charitable status was granted, which allowed us to increase the scope of our fund-raising.

The first was that Wales Deaf hosted a tour by New Zealand in November 1998, the very first event of its kind even in the UK or Northern Hemisphere, where we arranged their three-week stay with us. During this time they played a warm up game at Laugharne, losing narrowly, followed by three Saturday Tests at Rodney Parade Newport, The Gnoll Neath and Stradey Park Llanelli.

There were also mid-week matches versus Swansea and Pill Harriers Deaf Teams. Having been established for 10 years with many more players than we had and receiving a great deal of support from the New Zealand Rugby Union, they were able to win all these games but not without a fighting performance from us.